PRIMARY students around the country have been enjoying netball in Term 3 as part of the Australian Sports Commission’s Sporting Schools program.

Netball Australia and the Member Organisations have assisted in co-ordinating the program that has had almost 200 schools involved in its first term.

Frahn believes the program has been a success amongst students as it is “interesting and engaging.”

“It’s hard to get both genders engaged, but through the Sporting Schools program it has actually been easier,” Frahn said.

“The activities and games are that bit more fun, they actually get an idea of the game through activities.”

Also undertaking a Bachelor of Primary School Teaching, majoring in physical education, Frahn believes the Sporting Schools program has benefited her own learning and development.

“I’ve been able to go into the schools, really teach some netball and also get ideas on my own teaching and being able to put what I have learnt from university into my teaching of the Sporting Schools.” 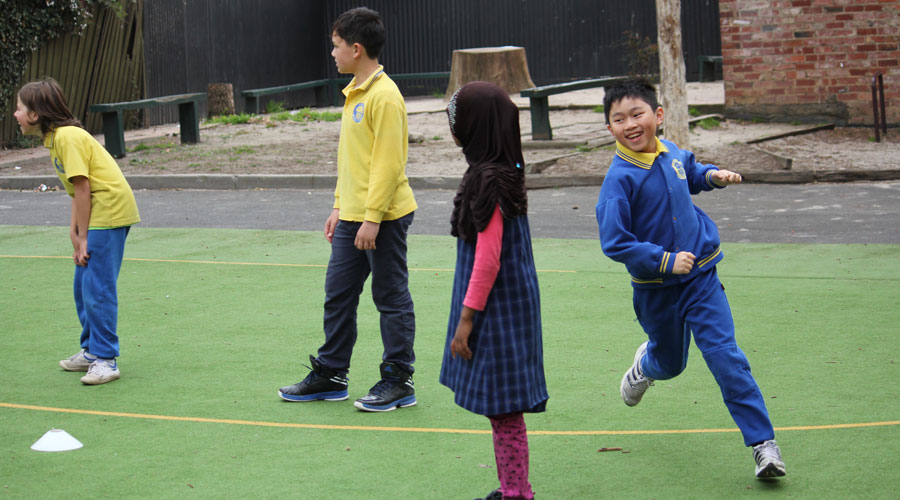 308 students from a variety of cultural backgrounds, undertake the program once a week for four weeks.

Nairn says the program allows students to access netball, a sport that many have not experienced before.

“It benefits the kids by giving them access to something that they might not necessarily get a chance to try,” Nairn said.

“We’ve had our goal posts up every day and different children beyond those who already play netball have been out there trying to shoot goals. We’ve already had an increase in interest.”

Nairn recommends the netball module in the Sporting Schools program, as it is packaged well and easy to execute.

“Netball is highly organised, so it is really easy for me as a P.E teacher to access that, that’s one reason why I would encourage people to give netball a go.”