As Paige Hadley prepares for the belated start to a season that will be unlike any other, she can reflect on a 2019 that was a microcosm of her roller-coaster career.

The midcourter has mixed a history of injury and selection setbacks with an early fast track to success and the incomparable high that was the 2015 Netball World Cup triumph in Sydney. As an illustration of both extremes, last year started with Hadley as an outcast from the Diamonds squad, continued with an eye injury requiring four stitches, and ended with a broken wrist. 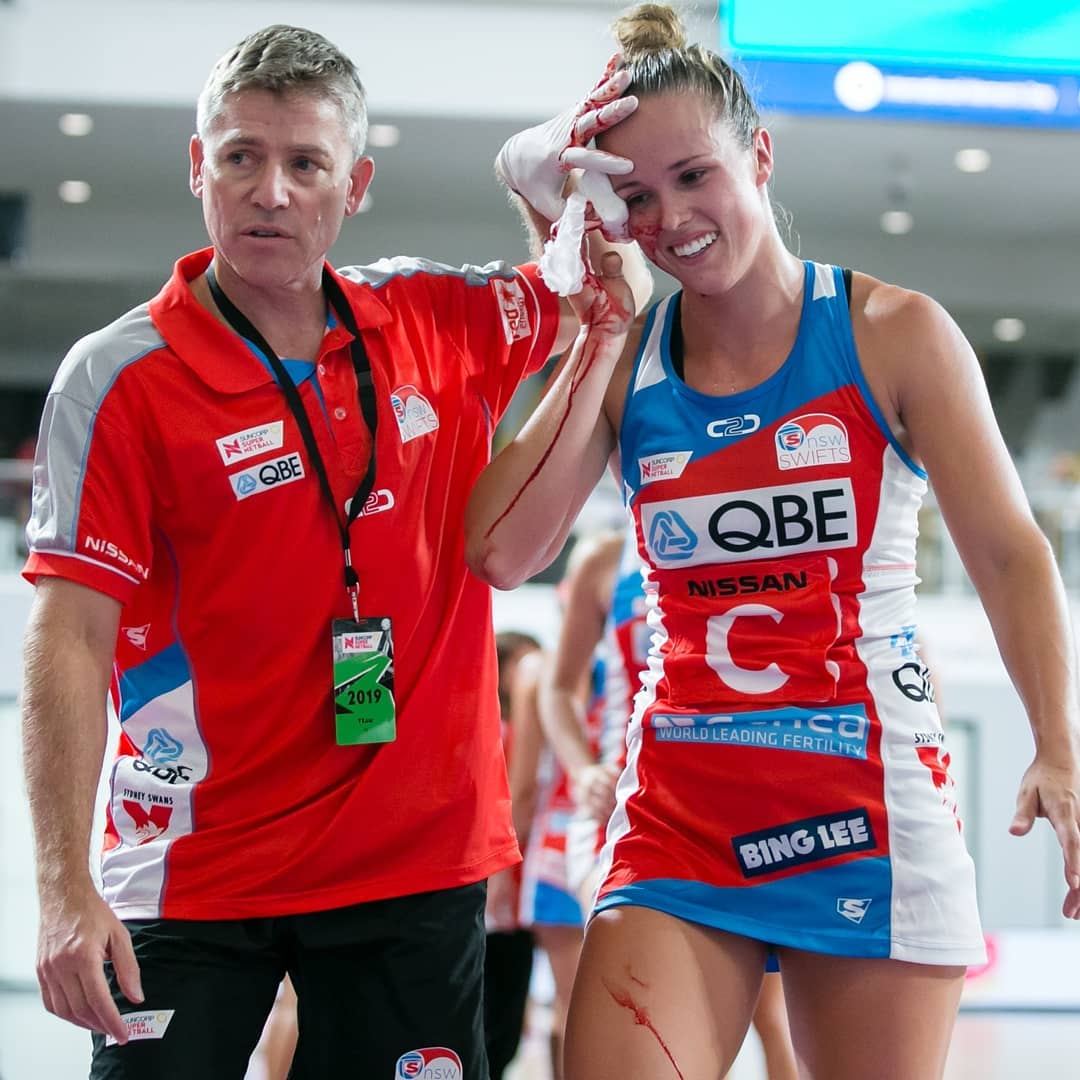 In between, though, came the peaks. Hadley became a World Cup bolter for the second successive time (while confined to the bench for the gold medal game in Liverpool lost in heartbreaking fashion to New Zealand), and returned as acting captain of the depleted NSW Swifts to lead a Suncorp Super Netball triumph that few had predicted.

“Linear” is clearly not her middle name, and the 27-year-old has joked previously that “resilience” just might be. Except that perhaps ‘’the comeback kid” suits, too. Any others, we ask?

“I don’t want any more names!’’ Hadley says. “I just want ‘mellow’. Enjoying it. I’m happy. My sitcom’s over and I’m ready just to enjoy my netball.’’

And so she is. Of the many stories Hadley has to tell, rupturing her ACL at the age of 21 - having represented Australia at the 2013 World Youth Cup in a team that included the likes of Jo Weston, Gabi Simpson, Kim Ravaillion and Courtney Bruce, and earned her first Diamonds cap in that same year - was what she describes as “a life-defining moment”. Crushingly so.

“I’d just debuted for my country, I’d just got my contract with the Swifts, I thought ‘wow, this is just incredible. Whoa, this is what happens when you’re 21 and you’re played netball since you were seven’,’’ she recalls.

“So when I did my ACL, I think from there it became an absolute grind to get back onto the netball court, to win my way back into a World Cup in 2015.’’ 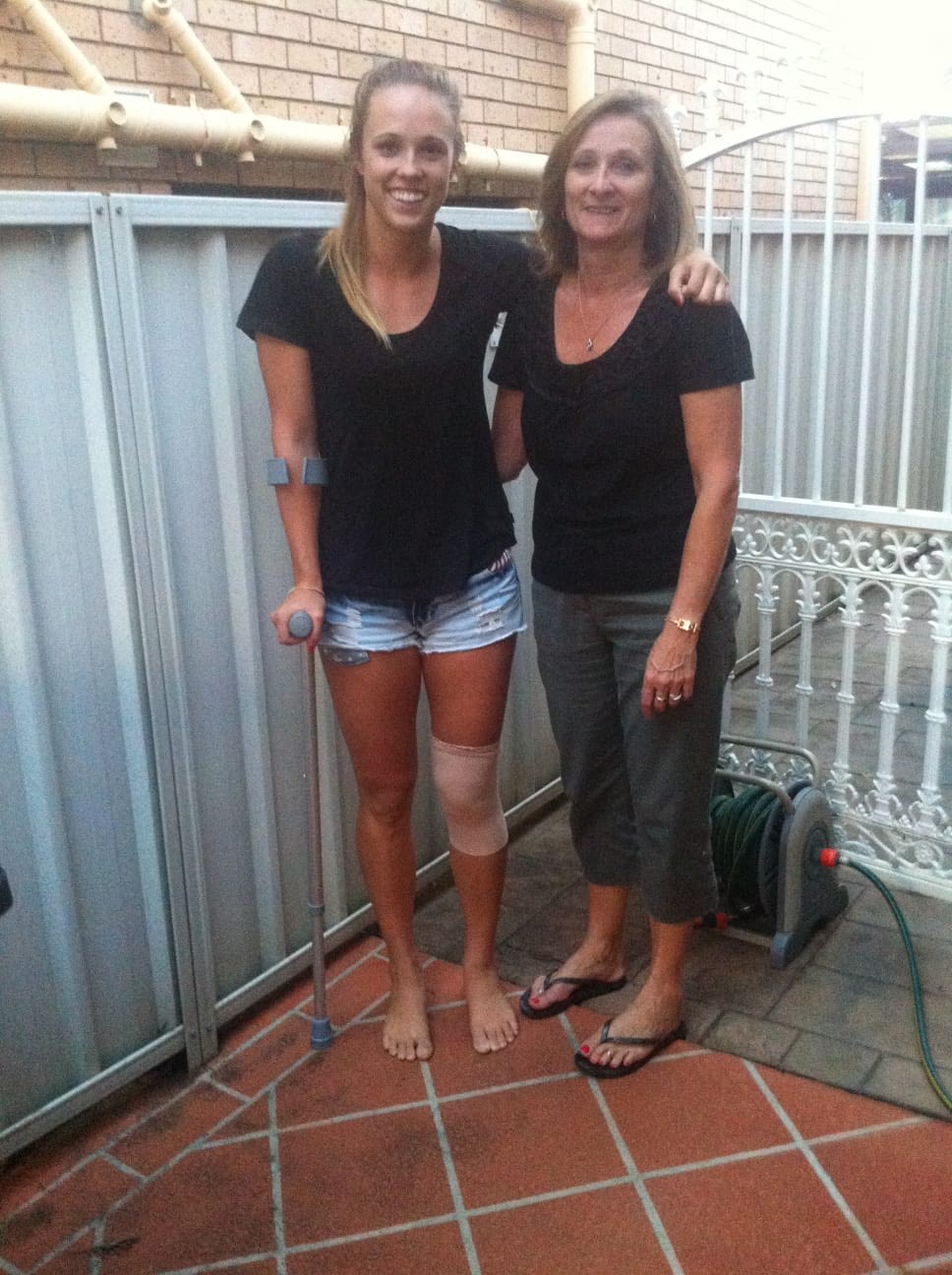 Hadley did so at the last moment, as the baby of a squad led to home glory by Laura Geitz, and suspects that missed selections thereafter have affected her more than many would realise. Having never been an automatic choice, the constant uncertainty over her status has taken an inevitable toll on an athlete who, until recently, was a self-described perfectionist.

“It was really hard, knowing that I was on the brink all the time,’’ she says, recounting the anxiety she would feel before a call from former national coach Lisa Alexander, and remembering the many times she would retreat to her car or bedroom leaking tears of disappointment.

“One year I’d be out, the next year I’d be in, and then 2019 was a bit of a breakout for me, to be able to really take my performance to the next level.

“But obviously missed selection is really hard, and thinking that you’re not good enough. You get feedback on what you need to improve on, and you go away and do that and if you don’t get selected again it’s really tough.

“It’s almost natural to compare yourself to someone else. ‘What are they doing that I’m not doing? Or what do they have, that I don’t?’ Whereas with injuries it’s more of a personal thing, and being injured is a lonely place sometimes.

“But both (types of) setbacks have taught me something about myself, and I guess it comes back to that resilience, because after getting knocked back time and time again, somehow I still turn up the next day and I want more.’’

The summer of 2018/19 was pivotal. Dropped from the Diamonds squad after an average season for the sixth-placed Swifts, Hadley got a temporary job in marketing with the NSW Institute of Sport, built up her body to add strength to her innate speed, spent time with family and friends.

Having tasted life as what she calls “a normal human being”, the biggest lesson Hadley took from her extended time on the outer was reinforced by new Swifts coach Briony Akle: “I learnt hat there is no perfect, and I can just be me, and me is good enough.

“I just learnt to actually enjoy me, and enjoy the training, everything that comes with it, and now, especially after COVID, I’m loving being back in training. I’m like ‘bring it on!’ I love driving up and parking my car and walking into the centre and being on court. It’s intense, it’s hard, but I just learnt to enjoy it, and that I am unique, and I am enough.’’

Still, proving herself in the starting seven at international level remains a key ambition for the player whose earliest netball memories are as a seven-year-old who would spend each precious Saturday at the Penrith Netball Association courts in Sydney’s west.

Arriving at 7am with her coaching/umpiring/playing mum Sandra, young Paige would hang out with her teammates and netty friends, taking part in official games plus the pretend kind, with red frogs and Zappos the lollies of choice from the canteen. 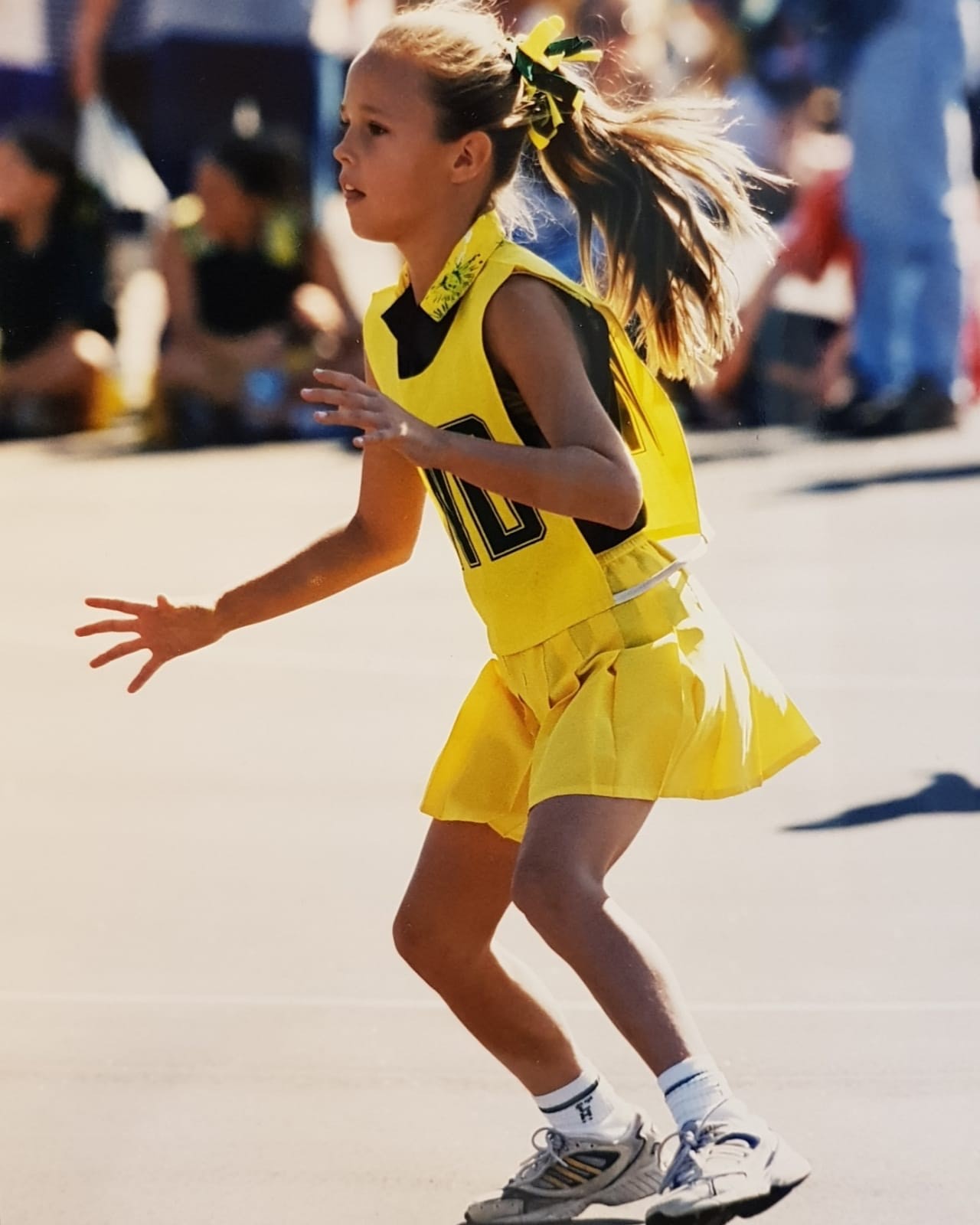 “I loved Saturdays!’’ Hadley recalls. “The netball community is just so passionate and so giving. The amount of volunteers, the people on the sidelines, it’s an incredible community and it’s a special and unique environment and I’m grateful I was able to be a part of it.

“Even when I go down now and sometimes watch our family friends playing, I still love it. All the whistles blowing and the balls going everywhere and the wind, the asphalt courts … you used to fall over and graze your knee and it was the worst thing ever.’’

Or so it seemed, until, next week, it was time to do it all again. So, how, having lived it, does Hadley define resilience?

“So it’s definitely about bouncing back, but for me it’s also taking it on the chin and riding the journey, because last year showed me that when you pick yourself up and you go again, great things can happen, and that transpired in that grand final.

“2019 was a big year. It had so many ups and downs, but to win SSN is just a fairytale. I look back at that with such fond memories and to do it with people who are going to be lifelong friends makes me hungrier to go again in 2020 and 2021. It makes me excited for what’s next, with such a young group with still so much to learn.’’

Hadley, now the Swifts’ most experienced player, once described herself as “like this little person who never goes away.’’ She laughs that she still is. Happily, what has not been a straight-line journey has nevertheless taken the 28-Test Diamond and premiership-winning Swift via multiple testing detours to exactly where she wants to be.