It can be hard to find roots in a new community. We’ve all experienced that feeling at a new job, school, church or sporting club, unsure where to begin but wanting to feel a part of it all like you once did. It’s a daunting time. That’s why Netball ACT and the Confident Girls Foundation developed an outreach program in collaboration with Amnesty International and Fair Canberra, for those who were new to Australia and often, new to netball.

The idea behind the program is that children new to Australia could develop a sense of belonging through our strongest tradition – sport. Launching in August 2018, its first week saw over 100 kids from the Islamic School of Canberra begin their netball journey, with 75% of those who hit the courts not knowing what netball was at the beginning of the day. One girl, Dahlia, from the Islamic School of Canberra said ,“I’d never played netball before, I’d really like to play again”. 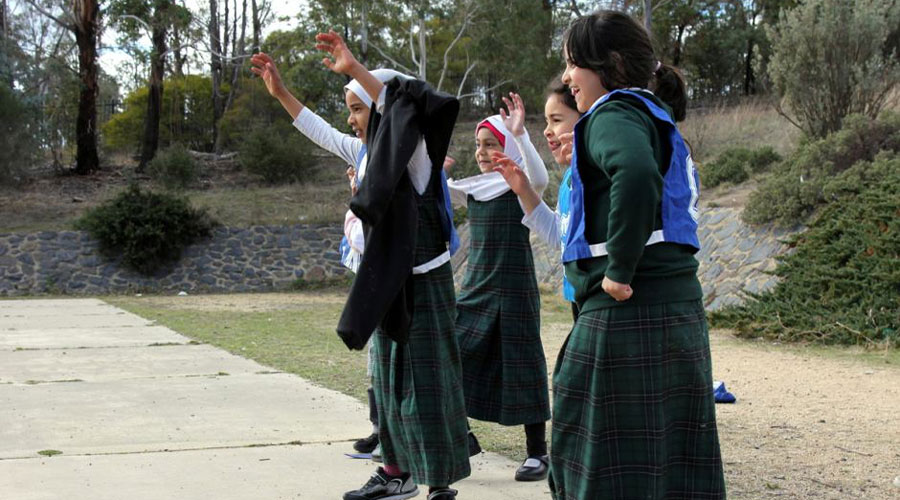 “We just want the kids to feel more confident, knowing that in any of our districts they can walk into a netball centre and know they’ll feel welcome.” Netball ACT General Manager Benita Bittner said. That’s why reaching out instead of waiting for families and communities to come to netball is an important factor in creating this sense of community.

There were also workshops held for school-aged kids from Indian and Pacific Islander communities in Canberra. By growing the netball community there is a greater opportunity for people from all walks of life to meet and share and enjoy sport together, an important factor in forming a lifelong love for your community and country.

“We really just want kids from all walks of life to lead a fun and active lifestyle,” Netball ACT’s Matt Tanner said. “Netball is a sport for everybody so we’re bringing it directly to communities that otherwise might not experience it.”