Nissan Australia has announced that it will continue it's partnership of Netball Australia, Suncorp Super Netball and the Samsung Australian Diamonds for a further two seasons.

Leading global vehicle manufacturer, Nissan Australia has continued its major partnership of the world number one netball team, the Australian Diamonds, after announcing today an extension for a further two seasons.

The partnership extension will see Nissan continue as Major Partner of Netball Australia, Suncorp Super Netball and the Diamonds, of which Nissan is the exclusive automotive partner.

Nissan was one of the inaugural partners of Suncorp Super Netball in 2017 with the relationship seeing Nissan Australia enjoy exclusive automotive rights with the majority of the competition’s teams.

From the start of the 2020 season Nissan will also become the official automotive partner of the Adelaide Thunderbirds. Nissan now has sponsorship relationships with seven of the eight Super Netball teams.

Nissan is the Premier Partner of GIANTS Netball and the NSW Swifts, and the Official Auto Partner of Melbourne Vixens, West Coast Fever, Queensland Firebirds, Sunshine Coast Lightning and the Adelaide Thunderbirds. It is also the official automotive partner for every state and territory netball association.

In a further significant boost leading into the 2020 season, Nissan has also claimed the inaugural Naming Rights of the new 5,000 seat Queensland State Netball Centre indoor facility, no known as the Nissan Arena, which is home to the Queensland Firebirds. 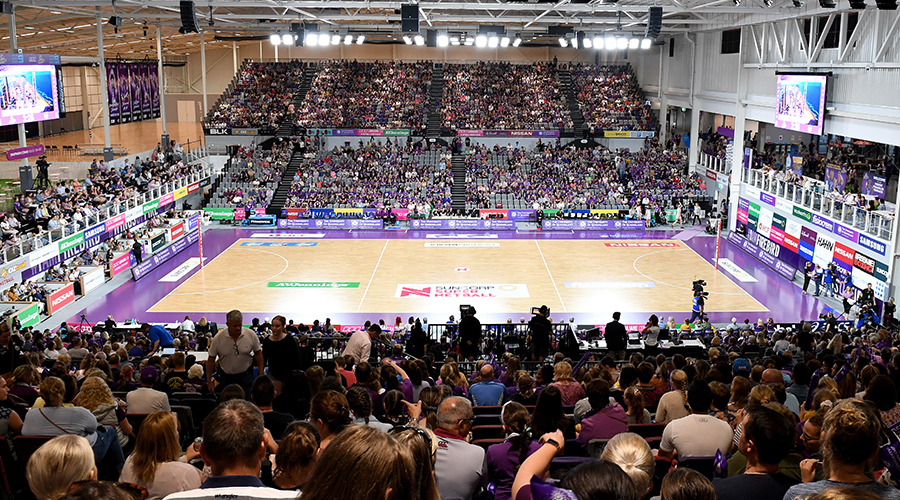 Netball Australia CEO Marne Fechner said it was exciting to see the partnership extend and to continue to build on the strong and established connection the organisation’s share in growing netball across the country.

“Nissan is an important part of the Netball Australia family and we are delighted to extend our partnership for a further two years,” Fechner said.

“From the grassroots to our elite, Nissan shares our commitment to ensuring netball in Australia thrives, and we look forward to having even greater impact through our partnership in the coming years."

Nissan’s involvement in netball is designed to strengthen brand awareness and engagement opportunities in the community and will help to market Nissan’s range of innovative vehicles to a wider audience across multiple buyer demographics.

“Netball is Australia’s number one female team participation sport and we are delighted to continue our sponsorship of the sport, from the grassroots to the elite teams,” said Nissan Australia Managing Director Stephen Lester.

“Nissan has been a proud partner of the Super Netball since its inception, and of the Australia Diamonds, so we are delighted to extend our relationship with the sport for two more years, but also expand our footprint across the sport.”

The partnership has already led to innovation with 2019 having seen the introduction of Nissan Net Points - the first statistical player performance metric, which provided fans greater insight into elite netball through its integration into broadcast.

Australian Diamonds and Melbourne Vixens defender, Jo Weston has been aligned as a Nissan athlete ambassador since 2017 and understands the importance of Nissan’s support of netball nationally.

“It’s so brilliant for netball to have the support of Nissan for a further two years that now includes Netball South Australia and the Adelaide Thunderbirds,” Weston said.

“This partnership has already brought so much, including the great new innovation of Nissan Net Points this year that has helped the engagement with fans.

“Personally, it has opened up opportunities that have really helped me grow as an athlete and a person and I’m so excited to be a part of the next phase.”

The grassroots netball community comprises of 1.2 million participants across local clubs and associations. Since its launch in 2017, Suncorp Super Netball has experienced significant year on year growth. Increasing match attendances, broadcast and live streaming reflect the strength of the competition.