When the 62 athletes from each state and territory were selected in September, they looked ahead to a national camp to progress their journey in the national pathway.

In the week of December 6, the two squads participated in a weeklong training camp in a unique hub-based format to counter ongoing Covid restriction.

Without the commitment, planning and support from Netball Australia’s member organisations and the National Institute Network, the hubs in Victoria, New South Wales, Queensland, Western Australia and South Australia would not have been realised.

Across the week, each hub ran sessions for athletes that ranged in topics from technical and tactical skill development to player self-awareness.

All athletes across both squads connected at least once a day to heighten the bonds that unite Netball Australia’s pathway athletes. 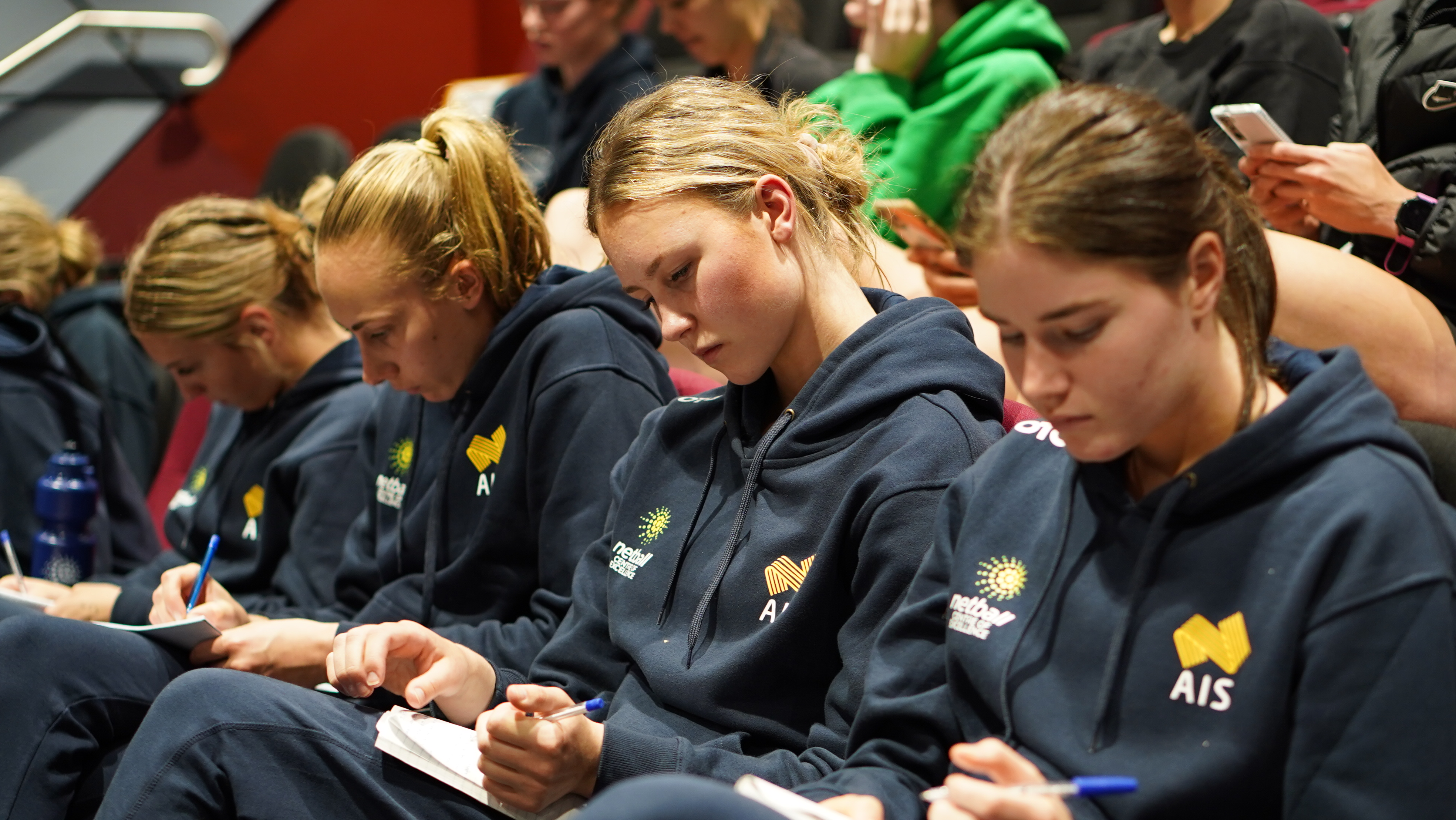 While the national camp program remained comparable across the country, each hub invited in a range of specialist coaches to add to learnings. This included former Australian Diamonds players and Suncorp Super Netball coaches and players.

“The coachability of the group is great to see in the way these athletes are seeking clarity and the information needed to progress,” Marinkovich said.

“There’s been an incredible effort in linking the states and territories together so while each hub is isolated in their own state, there’s still a recognition that this is an Australian program and that connection between each hub has been really strong.

“I think this camp is all about reiterating the Australian way of play and to lay the foundation of behaviours we actually want to see in attack and defence because once they have that knowledge that transition through the pathway becomes smoother.

With an importance on the Australian way of play, and understanding that every athlete’s journey is unique, Origin Australian Diamonds Vice Captain Steph Wood shared her story pre camp on becoming a Diamond. Suncorp Super Netball training partner and 21/U Australian squad member Gabby Coffey also shared her journey and values as a proud Wiradjuri woman in netball and the importance of awareness.

Additionally, Josh Sebbens and Michael Moloney from the Australian Institute of Sport and addressed self-awareness and performance awareness of the athlete experience.

‘Challenge Accepted’ was another innovation of this year’s training camp. The new introduction saw athletes grouped from around the country in teams to complete a variety of stimulating activities.

The premise of these challenges was to forge relationships between those who had never met in an engaging way.

This emphasis of off court connections to promote strong foundations on the court was a consistent message of the camp, which Netball Australia hopes to see grow across each athlete’s involvement in the national pathway. 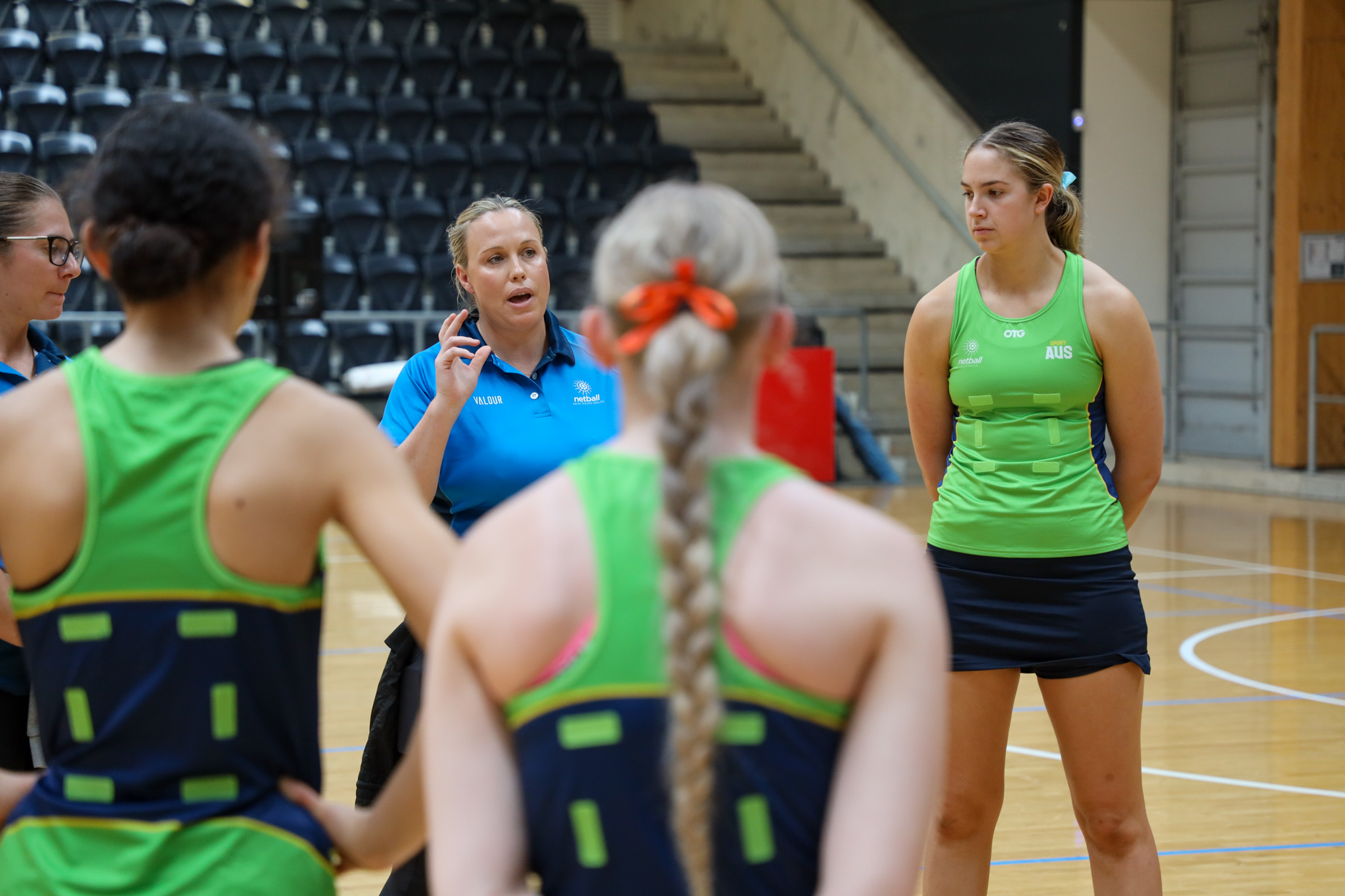 The current group of bottom aged 17/U squad athletes will be the next in line to compete for Australia in the Netball World Youth Cup in 2025.

Netball Centre of Excellence Head Coach, Michelle Wilkins, was vital to the organisation and delivery of the national training camp.

She said the dedication, enthusiasm and commitment displayed by the 17/U and 19/U national squads gives much hope to what our national league in the Suncorp Super Netball, and national team in the Australian Diamonds may look like in years to come.

“I think the talent across the country is super strong in these two age groups,” Wilkins said.

“With Diamonds Head Coach, Stacey Marinkovich, we are definitely building our program around philosophies within the Diamonds to align strengths throughout the pathway.

“I must say, every year when you work with the young female netball athletes, I see the terrific culture we have in our sport, and it does shine through in all programs.

“Our role models at the top do help us, but I think the key thing for me is the learning and the fact that our athletes want to learn.” 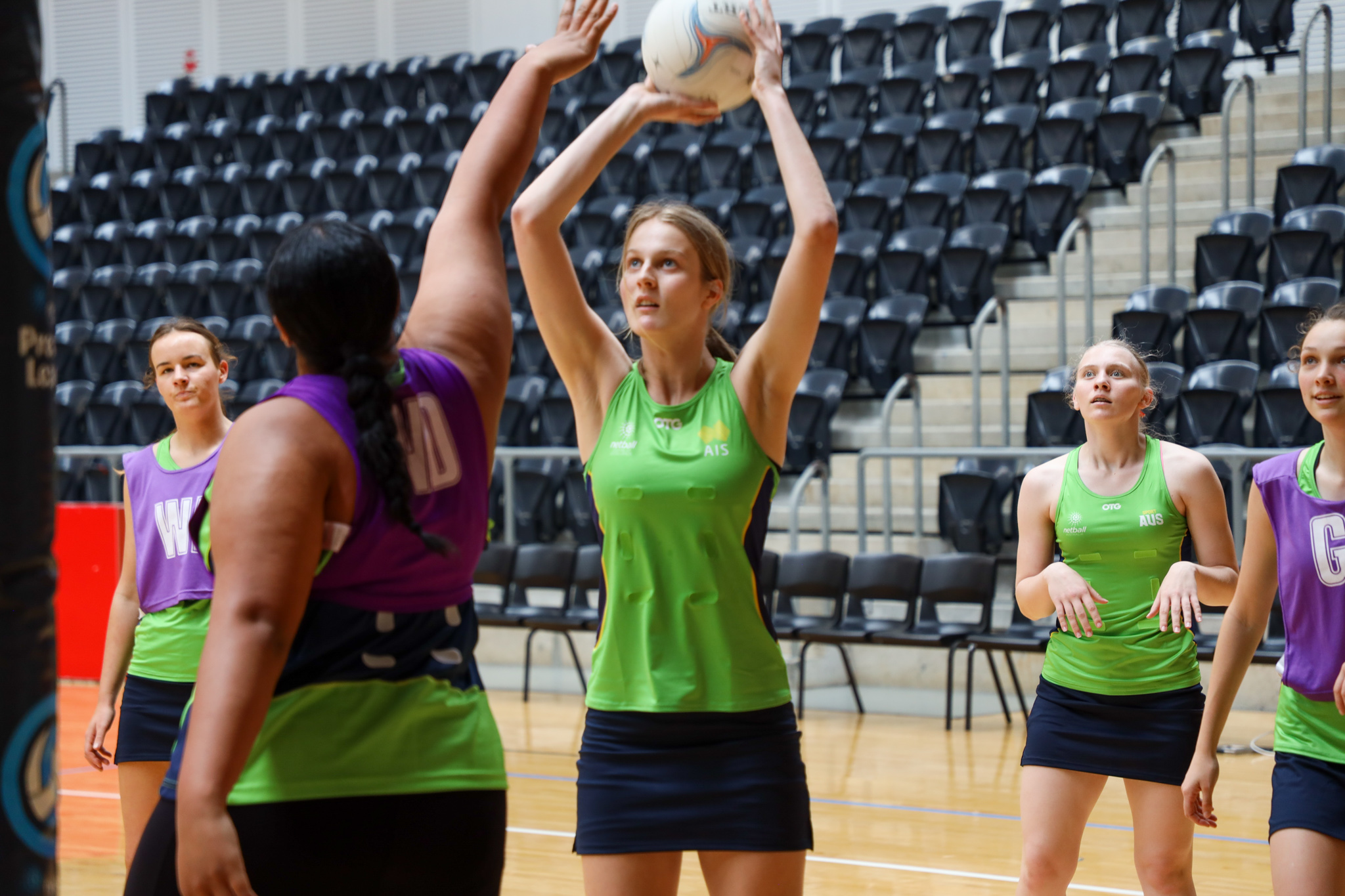 “There were numerous things I was able to take away from camp, which will allow me to grow as an athlete. The off court zoom sessions, particularly the differences between stretch, strength and share value, helped me to identify myself as an athlete and have a clear view on what my strengths and weaknesses are.

“I really enjoyed building stronger connections with athletes on and off the court, as well as the coaches and other support staff. In discussing set plays, different skills and getting to know everyone better as a person, I will continue to learn from my mistakes, and set small goals to help me become a stronger, smarter and more skilful athlete.”

“Being a part of the Australian netball squad for 2021 has been an unreal experience and an incredible opportunity spent with quality players, coaches and people. The learning opportunities granted across not only the week, but the past couple of months through zooms and other preparation tasks have been endless.

“This camp has enabled me to develop connections with my friends around me and allowed us to have a deeper connection on and off the court. Each session, whether it was off court or on court taught us many valuable lessons.

“I have taken away so many lessons and memories that will stick with me.”

"We were lucky enough to be coached by Stacey Marinkovich and Michelle Wilkins, as well as Belinda Reynolds and Tracey Swami. Being coached by the current Australian Diamonds coach was such a great experience and something well all will remember, long past camp finishing.

"All of us really soaked up the opportunity to learn from her and other fantastic coaches, which will enhance our development. Even though we couldn't physically be with one another across Australia, it was nice talking to other girls on Zoom and getting to know each other more during camp. This was especially fun when we were doing the challenges."