When Kelly Ryan’s mum Carmel was flicking through some photo albums recently, she discovered a few long-ago snaps of her  youngest daughter in her netball uniform. The Strathmerton Bulldogs in country Victoria was young Kelly’s team; centre was her position.

She also played netball at school, both there in rural Victoria and during her senior years as an initially homesick country boarding in Melbourne’s east.

Next question, then: was she any good?

“I was good enough to get a game, good enough to spend a lot of my time on the court, but gosh, I would never have pursued it as a profession, or anything like that!’’ Ryan admits. “I was just happy playing it, and happy playing a lot of sports. Tennis, golf, water polo - I gave every sport a go. I just loved it. Each one of those just teaches you something new.’’

In more than one respect, it seems, Netball Australia’s new CEO has always been a quick learner. She realised that the best way to get her foot in the media door while studying for a four-year marketing degree at RMIT was to volunteer to work for nothing on early morning outside broadcasts for a Melbourne FM radio station. Offers of paid work and promotions soon followed. 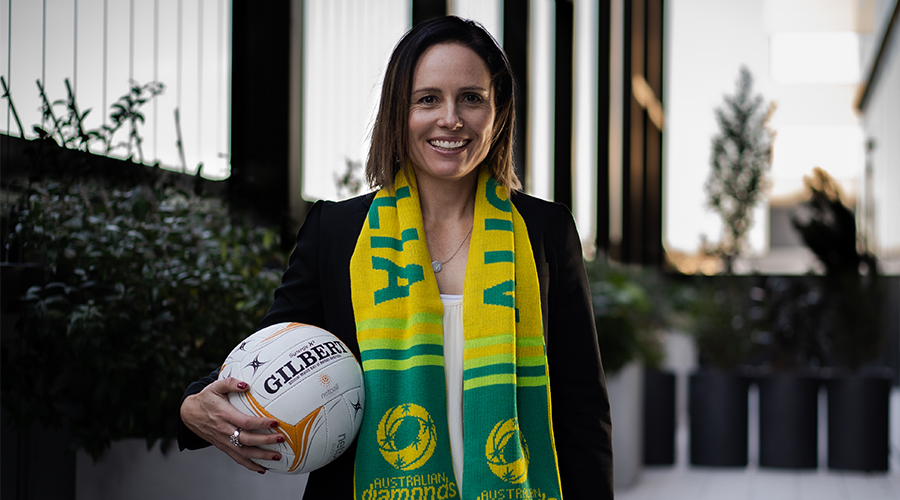 Eventually graduating to a career in her other love, sport, she grasped swiftly the need to do things differently, innovate boldly, think outside the square. After stints at AFL House, the premiership-winning Western Bulldogs (twice) and having been seconded to help establish the league’s Gold Coast expansion team, Ryan was headhunted to join the executive team at Marvel Stadium in 2019.

There, keen to improve accessibility and inclusivity, important initiatives included one championed by former Diamond Renae Ingles and her basketballer husband Joe: establishing the first “sensory room” at a major Australian sporting stadium to cater for those with special needs such as autism, dementia and PTSD.

Now, following an exhaustive recruiting process, Ryan will take over from interim Netball Australia CEO Ron Steiner on July 7. Her “drive and strategic ambition for netball" impressed the appointment panel headed by Chair Marina Go; her energy and enthusiasm for the task is palpable as she speaks of what lies ahead.

“My plan for netball is to continue growing what is already an amazing sport,’’ says Ryan, who intends to prioritise the key findings from last year’s wide-ranging State of The Game review, while acknowledging the Covid-necessitated resource "rebalance" required, too.

“I think netball’s in a fantastic position but I just really want it now to step out into its own spotlight. I want it to be a sport for everybody. I also want as many women and girls to be playing sport as humanly possible, so if netball continues to have the right products and we continue to evolve and be relevant, then we’ll continue to grow in our own right.’’

The biggest challenge? “I’m not sure yet. I think I’ve got to jump in and learn a little bit more. I want to go on a listening tour, as I call it. I want to be able to go around and listen to every state body, every team, every program that we’re executing.’’

Grassroots, meanwhile, is something with which Ryan is being reacquainted in a very personal way. Her and partner Sam’s eldest daughter Macy, 6, has joined the Diamond Creek NetSetGO program in Melbourne’s north east during what has been another frustrating year.

“So I feel like Macy hasn’t had a really good opportunity to jump into it because, with the pandemic, community sport is the first thing to disappear off the table, which is really disappointing. So we get her there and she loves it and then we tell her she can’t go. And then we get her there again, she loves it, and it’s ‘ok, now you can’t go again’.’’

As to whether she expected to become a netball mum, Ryan says she has always been open to her children playing anything they enjoy, and thus was slightly bemused when, in a spooky coincidence, the decision was taken out of her hands in the same year she was appointed to the sport's top job.

“All of Macy’s really close friends at school were like ‘well, we’re gonna play netball, so are you coming?’ She was like ‘Mum, I’ve got to go play netball because all my friends are playing netball’. And I was like ‘absolutely, let’s go and enrol you in netball!’.

“So that’s kind of how it started, and she loves it. She genuinely loves it. So at the start of next term they’re going to throw them in and get them to start playing some games, which should be fun.’’

Ryan will be watching appreciatively from the sidelines, as a lifetime’s association with sport has left her well-attuned to the crucial contributions of umpires and volunteers at all levels. “Without them everything falls away, so I just do not understand why people think it’s OK to abuse an umpire or a coach or match officials when these people are just doing this from the goodness of their hearts.’’ 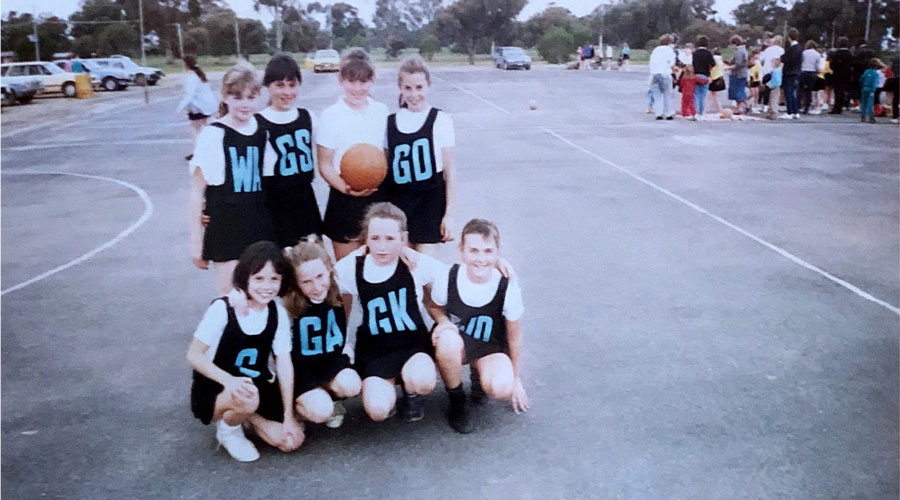 Which is just as it was back in those early days at Strathmerton - one of the countless regional communities that still has the local footy/netball club at its centre, and awareness of the many benefits of participation and involvement at its core.

“Community sport is just such a vital link,’’ Ryan says. “Everyone’s going through their stuff, and it’s been hard, especially in country areas - be it drought or plagues or pandemics, now, or whatever it may be. But sport continues to be that outlet that helps release a lot of those tensions and builds these really strong connections.’’

Ryan has pledged to keep listening and learning, and says she is honoured and humbled to fill such an important role. The incoming CEO has been touched by the response to her appointment from many among her own network, including colleagues and friends recounting their own netball stories now that the one-time Strathmerton Bulldog, her young netball self freshly plucked from the family photo album, is preparing to write a new chapter of her own.

My Little Pony teams up with Netball Australia

Everything you need to know about the ANCs