To mark International Women’s Day, we’re highlighting the incredible work and achievements of women from netball communities from across the country.

This year's International Women's Day theme is Choose to Challenge and calls on all of us to help raise awareness by challenging and calling out gender inequality.

As we forge towards a more gender balanced world, International Women's Day is an opportunity to reflect on how far we've come and celebrate our achievements. So, we asked you to send in tributes to women who were making a difference in your local community.

Michelle Lobb or “Lobby” as she is lovingly known is the walking definition of grassroots netball. Lobby is a life member of both the Port Lincoln Netball Association and the Boston Netball Club - we joke that she bleeds black and gold (the club colours). Michelle has been involved in a number of capacity’s, including being President of the club twice, but it’s clear her heart is with the juniors, now coaching the little under 9’s to under 11’s. She lives by the code - everyone deserves a go. Equal time share on court and position, no matter your age. Her love of the game and kind nature has seen her gather the support and respect of the entire netball community.  Lobby goes quietly about her volunteer work, never big noting herself or demanding respect. She's actually going to hate us for nominating her. Lobby - we love you! - Emma Brewster, on behalf of the Boston Netball Club past and present. 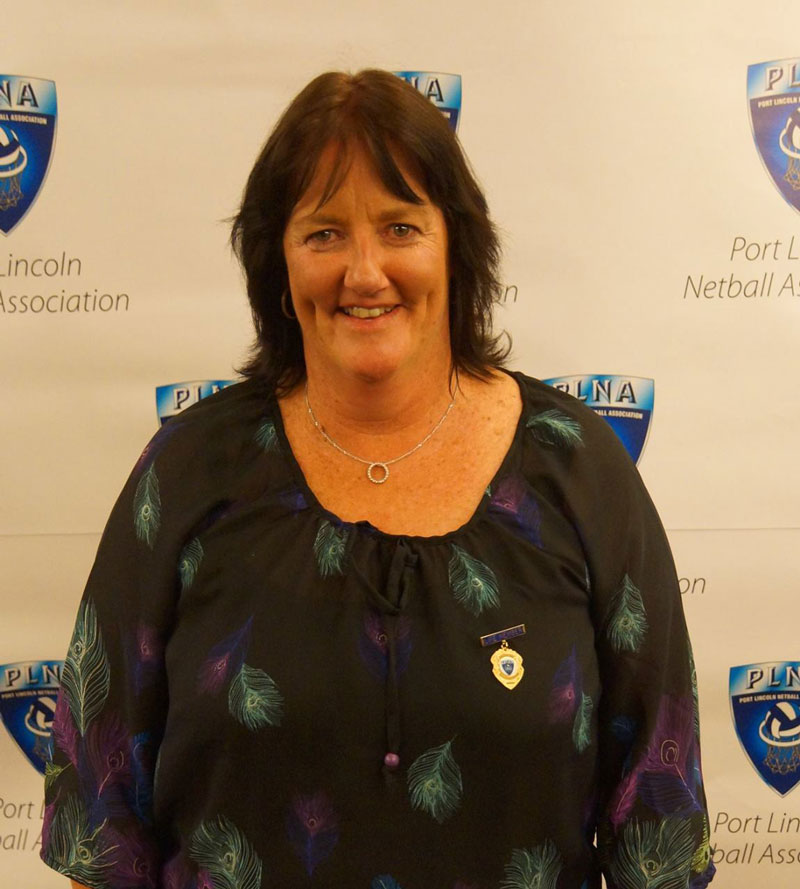 Gazelles Netball Club will turn 50 next year and over that time we have been lucky to count many exceptional women amongst our members. Dianne Malbut, Gazelles Club legend, is a standout. Joining the club in 1983, Dianne went on to play 671 games and winning 15 A grade premierships before retiring in 2017. She is the club's most decorated player, winning the A grade best and fairest award so many times, the trophy is now named after her. Dianne is now the club's A1 coach and is a role-model for every aspiring Gazelles A grader. – Renee McHale, Vice President Senior Committee 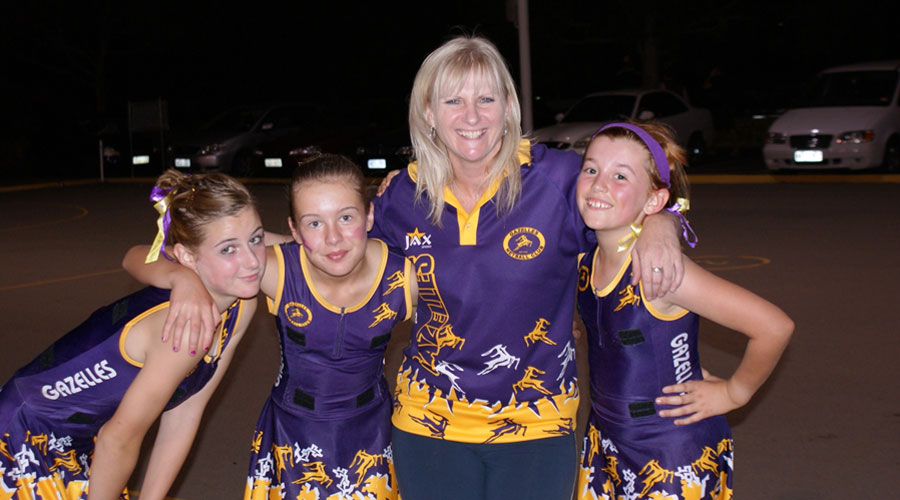 Nicky Cox has played over 750 games for our club (noting that no other player in our club has come even close to achieving this milestone), having started with Hope Valley Netball Club when she was seven. Since then, she has played continuously, having only a short break due to pregnancy. Nicky played in our top senior team for a number of years, and most recently has captained our senior 3 side, winning the best and fairest award last season. Nicky’s mother was very much involved in the club whilst she was growing up, and Nicky’s daughter also now plays for the club. Nicky is a truly inspirational person, and a wonderful role model for our sport, displaying excellent sportsmanship both on and off court. - Sherri Dawson, Secretary Hope Valley Netball Club 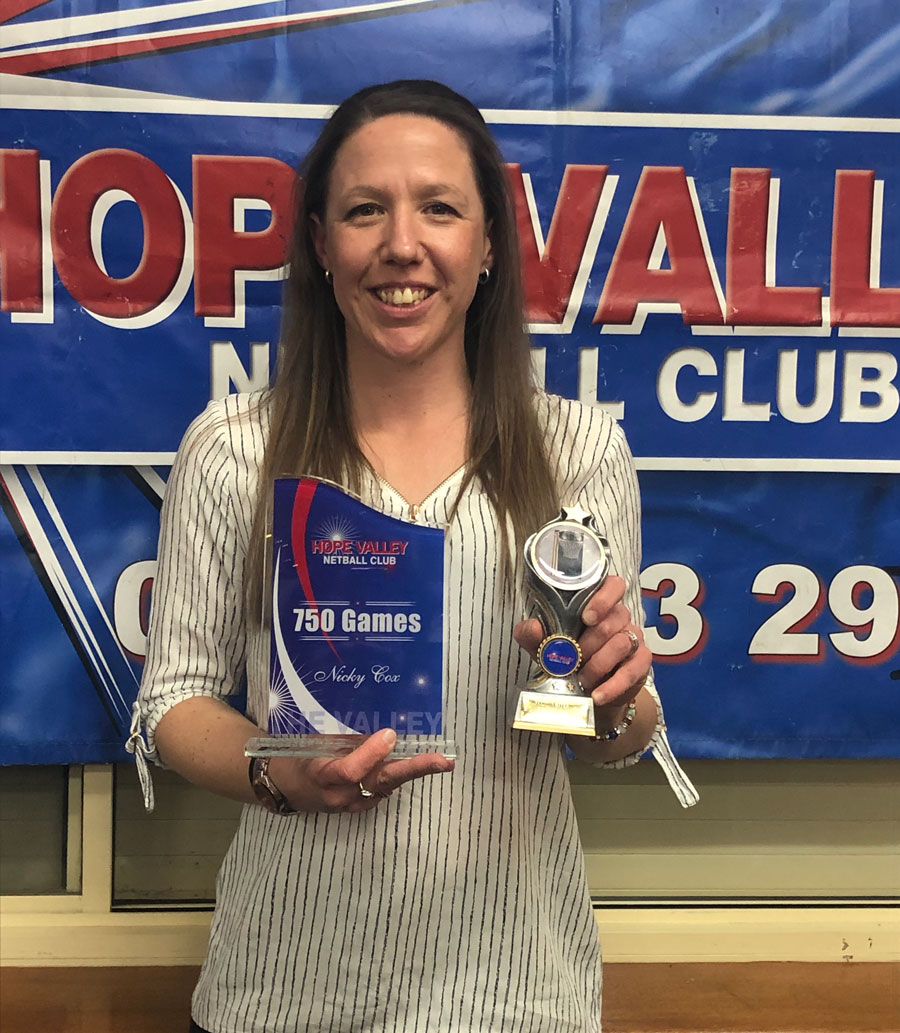 Marisa Romeo is an elite netballer who was a key member of the South Australia state team in 1996 and contributed strongly to a successful season with the Adelaide Thunderbirds in 97/98. Marisa’s playing career began at the Hope Valley Netball Club, and she has returned to her roots, enrolling her daughter Zara as a player a few seasons ago. Since then, Marisa has proven to be a fantastic coach and role model, bringing out the best in her players and beloved by parents and players alike. Marisa has also proven to be indispensable as a committee member and as the head of the Primary age selection panel. Her lovely personality coupled with her playing experience, as well as her sensible approach to the game - promoting good sportsmanship and player development over simply “playing to win” - ensures that all players under her guidance can develop to the optimal potential.  These are just two of the many inspirational women that our club is lucky to have. - Sherri Dawson, Secretary Hope Valley Netball Club

Carla De Losa and Naomi Linossier are the coaches that run the SLNC All Abilities Stars team who train every Sunday and play a game on Saturday. Carla and Naomi ensure that netball is for everyone. No matter the obstacles these kids have in front of them, they have the opportunity to play a game of netball, be part of a team and maybe shoot the winning goal. These players are engaged, happy, learning netball skills and have the confidence to step out onto court because of these two women. SLNC All Abilities Stars players are supported during both sessions and when there are not enough players to fill the two teams, they recruit players from all clubs and ages to join in the fun. It's a real sense of community, sportspersonship and inclusion. - Penny Garabedian, Secretary Brentwood Netball Club Committee

The beautiful part about the Buchan Football Netball Club is that we have a very strong group of women of all ages. Our coaches, trainers, administration volunteers and players are like family to each other. We're a very united group of women who work together with the same outcomes in mind. The women within our club hold great responsibility in being the best role model that they can be for those around them and those that look up to them. We push each other to overcome our fears, to work on our weaknesses and to develop new skills or techniques from one another. It’s these female characteristics that I believe make the women in our club so valuable. I can honestly say that every single one of us are friends, both on and off the court. – Adele Turra, Secretary Buchan Football Netball Club