There were times over the last 12 months when Emma Ryde didn’t know if elite netball was for her anymore.

Having endured the disappointment of fracturing her right knee on the eve of the 2018 Suncorp Super Netball season, ruling her out for the year, the then-Melbourne Vixen spent much of her rehab weighing up her future.

After two years on the Vixens’ list but with precious little court time, when her leg broke down it left her questioning whether she could do it all again.

But after helping to lead the Victorian Fury to the Deakin University Australian Netball League title on the weekend, the towering 197cm goal shooter says she once again harbours dreams of playing at the highest level.

Ryde, who racked up 609 goals to lead all scorers in this year’s competition, was named the league’s MVP after the Fury defeated the Netball NSW Waratahs 54-53 in a nail-biting gold medal game on Sunday.

It was a fitting reward for the 22-year-old, who says she only decided on a return to national competition after learning it would reunite her with former Vixens assistant coach Di Honey, who was at the helm of the Fury this year.

“I was very much contemplating coming back to netball. I was definitely going to play VNL (Victorian Netball League) but ANL was another question,” Ryde says. 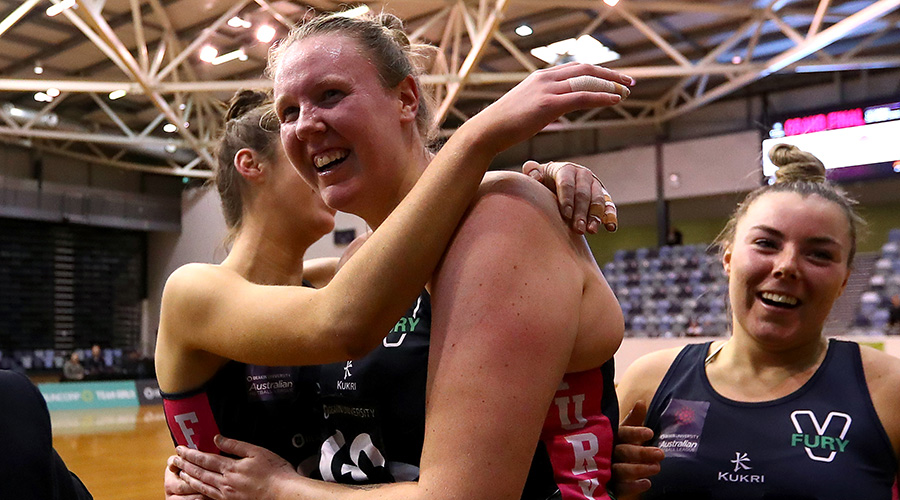 “When I found out Di was the coach I think that might have pushed me over. Having Di with the Vixens, I love Di, she’s such an energetic, awesome person and an awesome coach. Knowing her and Eloise (Southby) were going to team up together to be the coaches of the ANL team, I think that pushed me over to keep going.”

Ryde dominated the finals weekend for the Fury, scoring 50 goals in Saturday’s semi-final victory against last year’s conquerors the Canberra Giants, before adding another 46 to her tally in Sunday’s main dance.

With Australia’s stock of elite tall shooters arguably at an all-time low, and with Caitlin Bassett and Caitlin Thwaites in the twilight of their careers, Ryde’s DUANL performances could have her back on the radar of the eight Super Netball franchises.

Ryde says if that happens, she’ll be ready.

“Definitely, I’ll take whatever comes. If I can get there, I would love it,” she says.

“I think I can rise to the occasion, so if something comes I’ll take it. But whatever comes, comes. I’m still at Fury, and I’ll work my butt off again even more for next time to hopefully make it further.” 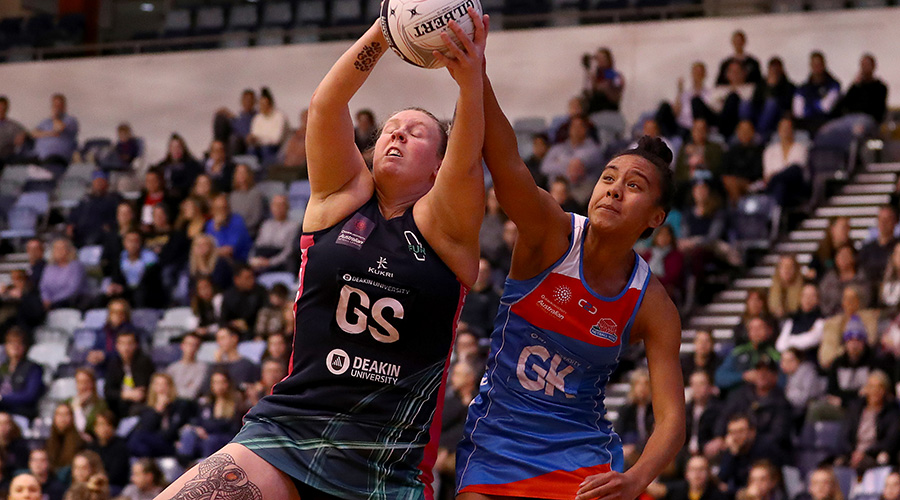 Despite her dominance over the DUANL’s eight-week season, Ryde says the MVP award still took her by surprise.

“I was very shocked. I’ve had a few really good games and then some games not so great, so I was just like, ‘Oh, OK!’,” she laughs.

“It really is a credit to the other girls. They’ve just learnt and grown so much over the course of this season, (with) how to feed to me, where to pass it, and I think it’s one of the best groups that I’ve ever been with.”

As for the final, the Fury looked comfortably in control for the majority of the contest, before the Waratahs roared back to take the lead in the final quarter, with the Fury able to rally in the dying minutes to wrestle it back and claim a sensational one-goal win.

“I was pretty scared in that last quarter but I knew that we could get there in the end and take the win, so it’s an awesome (feeling),” Ryde says.

“We had a really good start, and we knew that if we just kept grinding and grinding we’d be in it from the beginning, which is what we did.”

“But we knew we had the fight left in us to get us over the edge, and we did.”

Ryde will now return to the Victorian Netball League, where she plays for the Casey Demons, as she bids to help them in their race towards finals.