In what was the game of the season the Fury looked down and out in the final quarter, trailing by three goals after leading for most of the match, but dug deep in the dying minutes to find a way past the dogged Waratahs and grab an unforgettable 54-53 victory.

Earlier in the day, the Tasmanian Magpies beat the Canberra Giants by nine goals in the bronze medal playoff (match report below).

It was a sweet success and an eighth ANL title for the Victorians, who overcame the Canberra Giants in the semi-final on Saturday, 12 months after falling in the semi-finals despite being minor premiers.

The Victorians have all but owned the ANL competition from its inception in 2008, winning seven of 11 titles, but came up short in each of the last two seasons. 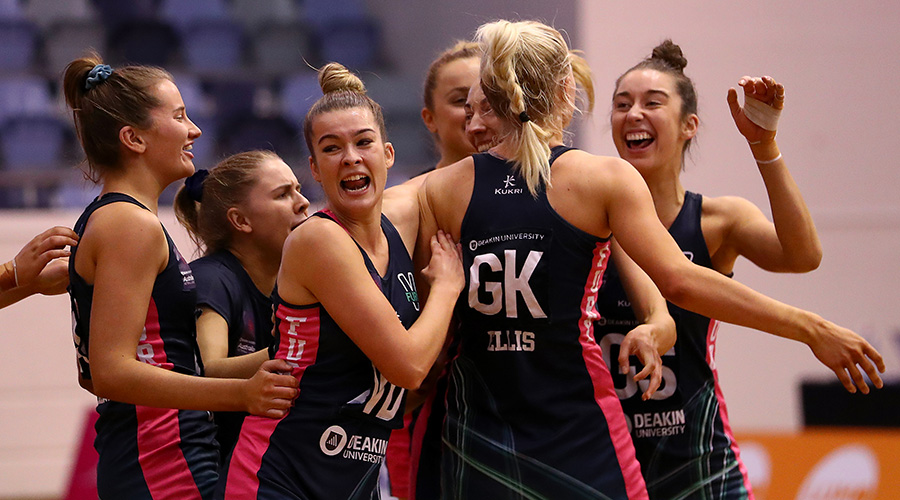 Fury goal keeper Rudi Ellis, who produced what turned out to be the match-winning intercept in the last two minutes of the gold medal clash, said it was a relief to exorcise those 2018 demons.

“It’s so exciting, I can’t believe we came away with that. It was such a close game, such a hard-fought game,” she said.

“Last year we finished on top and we had Giants (in the semi-final), and it was that sort of mental state where you think, ‘Yeah, we’re on top, we’re going to win this’. But I think coming into this year we weren’t complacent like that, we wanted it and we treated every game like our first, and I think that was the difference.”

“It was definitely very nerve-wracking towards then end because they did get a bit of a lead on us, but Jacqui (Newton) and I were just putting our heads down and we wanted to go for everything.”

The Fury led for the majority of the contest, grabbing the ascendency in the second quarter, with goal shooter Emma Ryde (46 goals from 53 attempts) picking up where she left off yesterday.

Ryde, who finished the season with 609 goals, was named the competition’s most valuable player after the match. 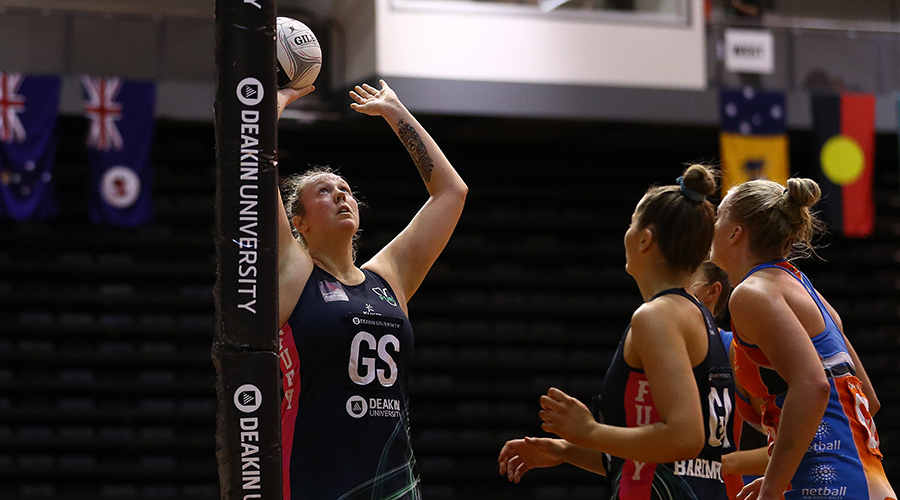 Earlier, NSW goal keeper Clare Iongi had her work cut out for her, conceding almost a full head of height and 13 first-quarter goals to Ryde, had had 50 goals in the semi-final to cap a dominant weekend. The Waratahs soon turned to Lauren Moore, who was so impressive in the semi-final, in a bid to quell Ryde’s influence late in the quarter.

A screaming intercept from Fury captain Jacqui Newton saw the lead reach four goals, but NSW hung tough, chipping away at the margin and tying things up again with a goal from goal attack and match MVP Sophie Dwyer (31 from 34) inside the last two minutes.

Moore’s cameo was short-lived, however, after she appeared to dislocate her shoulder in a collision with Fury centre Elle McDonald while attempting an intercept. Moore was taken to hospital for assessment, but the Waratahs were able to settle, and tied the scores again at 16-16 with another Dywer goal right on the quarter-time whistle.

The Fury had the better of most of the second quarter, riding another Newton intercept to a four-goal lead, which they held for most of the quarter before a goal to NSW goal shooter Matisse Letherbarrow (15 from 17) in the shadows of half-time saw the scoreline at 31-28. 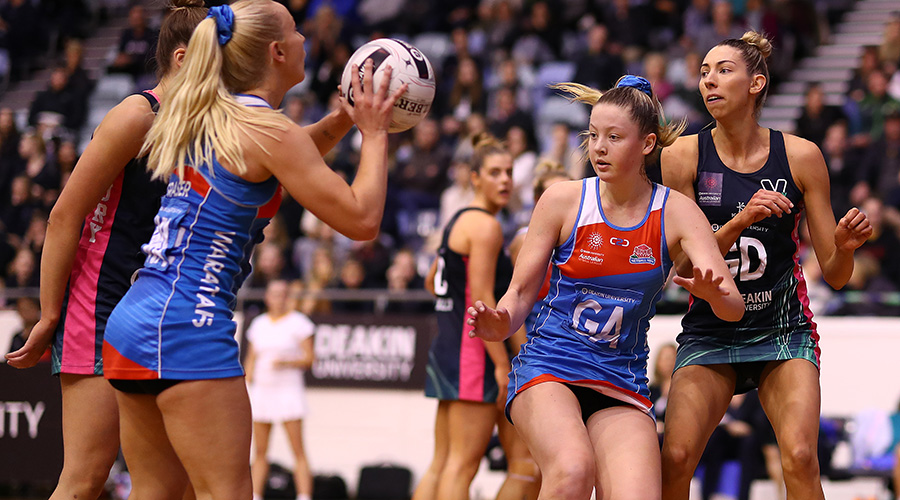 The Waratahs turned to Alison Miller (seven from seven) at goal shooter to start the second half and things began to open up for them, but they couldn’t capitalise on a series of Fury errors.

Both teams wasted opportunities at the back end of the quarter, with the margin hovering at three to four goals, until a contact penalty on Ryde and then a laser into Dwyer from NSW centre Tayla Fraser saw the margin slashed to one.

The Fury scored again, but Miller netted one right on the three-quarter time whistle to make it 41-40 the Fury’s way.

Iongi was starting to get the read on feeds into Ryde, kicking off the final quarter with two intercepts that saw the Waratahs take the lead for the first time, with Dwyer all but unstoppable from long range, helping herself to 11 goals in the final quarter. 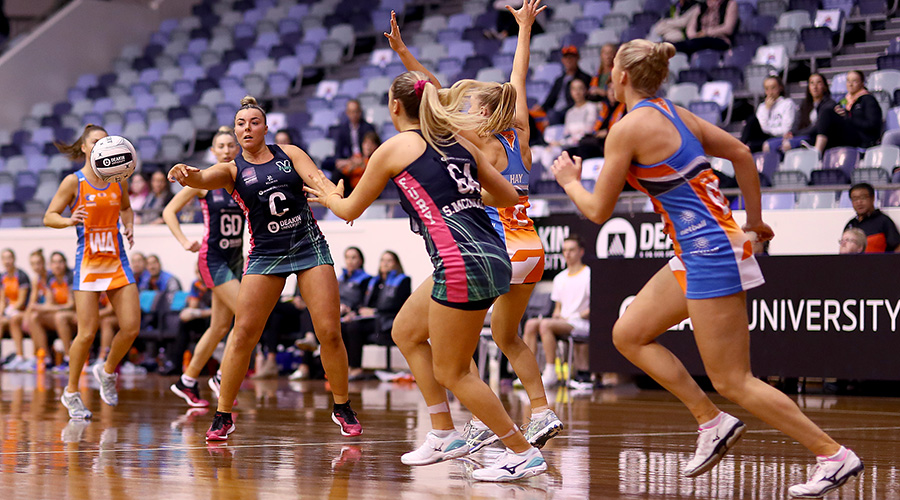 A misguided pass from Fury goal attack Sacha McDonald (eight from 10), who was otherwise excellent throughout, and two more long-range Dwyer goals had NSW out by three.

The Fury continued to pepper Ryde with long balls, and Iongi got her hands to another one, but Fury wing defence Alli Smith grabbed an intercept of her own at the NSW circle edge to keep the margin at three.

A contact call on Waratahs wing attack Kristen Kessler put the Fury back within one, and they tied it on a Ryde goal with three minutes on the clock.

Ellis came up big when it counted, leaving the circle to pick off a long ball that bobbled around before ending in Smith’s hands, and the Fury took it end to put themselves in front.

“It was an awesome feeling. It was a bit nerve-wracking because I didn’t know if it was going to be out of court or a replay or something. The umpire was pretty close to calling something but didn’t, so it was amazing,” Ellis said.

From there the Victorians played out the final moments, with NSW throwing everything at them but unable to come up with a turnover. 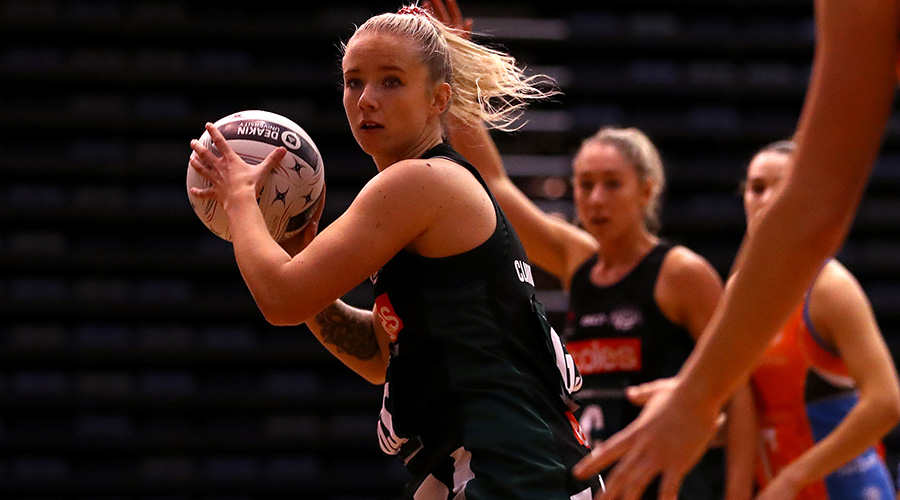 Defending Australian Netball League champions the Tasmanian Magpies have walked away with third place in the 2019 tournament, after overcoming the Canberra Giants in the bronze medal playoff.

The Magpies were pushed all the way by a determined Canberra outfit, with the result in the balance until the final minutes of the game, but they hung on to prevail by nine goals, 59-50.

Stewart proved a game-changer for Tasmania after entering the fray in the second quarter, with a string of intercepts in the final term turning the tide in her team’s favour.

Brooke Allan also had a big influence early at goal keeper for the Magpies in a gripping battle with Georgia Marshall (28 goals from 30 attempts), with four first-quarter turnovers, but no more than two goals separated the sides throughout the opening term. The Magpies settled on a 12-11 lead at the break.

The Giants came out firing in the second quarter, scoring five of the first six goals to take the lead for the first time and then push out to four in front, prompting Tasmania to change things up at the other end, switching tall shooter Jane Cook (20 from 31) for mobile option Zoe Claridge (14 from 15).

The introduction of Claridge proved a masterstroke for the Tasmanian team, with the speedy goaler opening things up with a string of long bombs and helping to keep her team in touch. 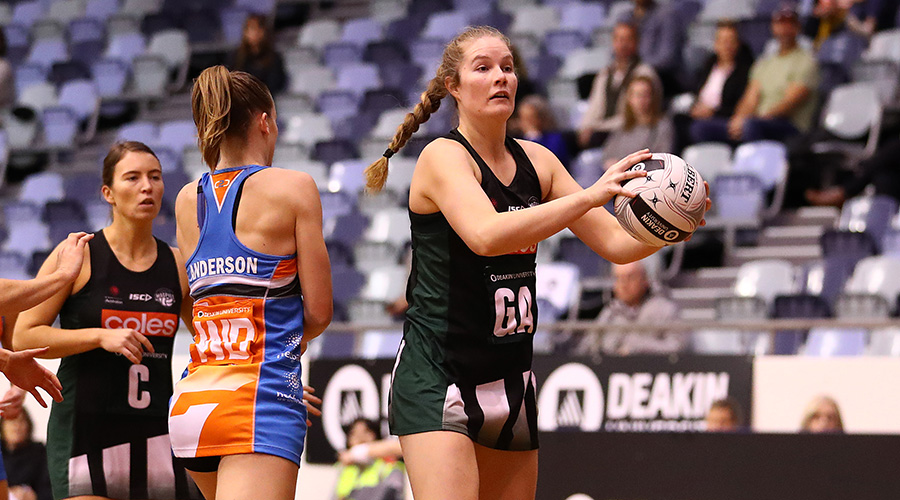 Meanwhile some fireworks at the other end from Allan and Stewart, who was brought on at goal defence, allowed Tasmania to take the lead again, 23-22. They pushed on from there, taking a 30-26 lead into half-time.

The Giants were forced into a raft of changes to start the second half, with goal defence Matilda McDonell receiving treatment for injury she appeared to be battling in the warmup. Eliza Burton took the court at centre, while Toni Anderson shuffled back to goal defence and Maddie Hay to wing defence.

The moves didn’t bother the Canberra side, who scored the first three goals of the second half to get back within one.

But a pair of Stewart intercepts turned the tide back in the Magpies’ favour, and they soon had their biggest lead of the match, 39-33.

A deflection from Giants wing attack Taylah Davies helped put her team within three, with the Magpies turning back to Cook in the dying minutes of the term, but Canberra goal keeper Teigan O’Shannessy seized on the change, forcing an errant feed from the Magpies midcourt. A goal after the three-quarter time whistle had the Giants trailing by just one, 40-41, and setting the stage for a thrilling final stanza. 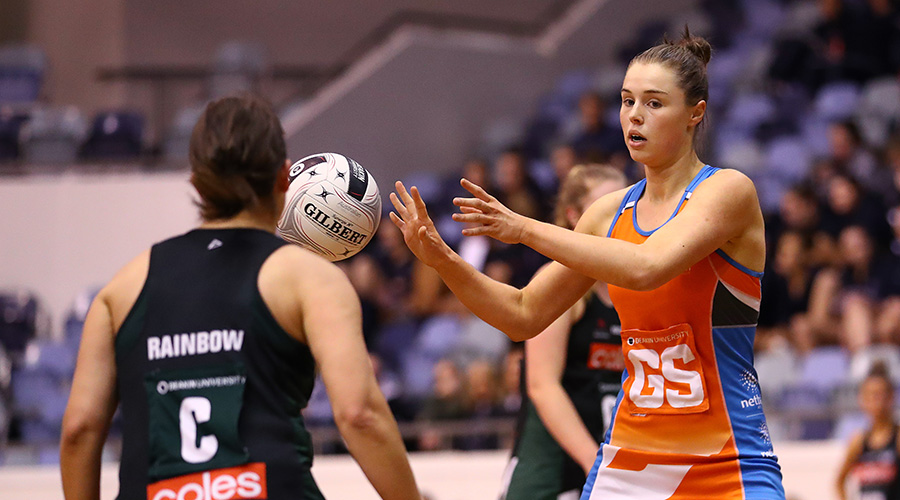 The Magpies found another gear early in the fourth quarter, extending their lead to four courtesy of a pair of Stewart turnovers.

The Giants continued to fight but couldn’t make headway, with Cook finding her range with 12 goals for the quarter, while goal attack Sam Gooden (25 from 30) chimed in with six to claim the quarter 18-10 and seal the win.

Tasmanian midcourter Shelby Miller said while the team was disappointed to have missed the gold medal playoff, they were able to refocus overnight and put out a good performance.

“It was really good to finish on a positive. It wasn’t the game we wanted to be playing, but we spoke in the changeroom about how it’s probably one of the harder ones to play, to grind it out for third place, so mental toughness was a factor there and we’re really happy,” Miller said.

Miller lauded the performances of Claridge and Stewart,

“Maddie played a ripper today, she got so many intercepts. And Zoe’s been a fantastic impact player. She’s done her role perfectly, and today she was ‘on’. We couldn’t have asked anything more of her.”

“Whoever’s on court, we play as a team, so it was great.”