A year that began in uncertainty wound up delivering new beginnings and numerous accolades for Victorian goal shooter Emma Ryde.

As the dominant goaler in the Deakin University Australian Netball League, and a key factor in the Victorian Fury’s success, Ryde was recognised for her outstanding season with the DUANL MVP award, for which she was again honoured at last night’s Netball Australia Awards.

The 197cm goal shooter starred for the Fury in 2019, amassing 609 goals to lead all scorers and carry the Fury to the title with a one-goal victory in the gold medal game against the NSW Waratahs.

The MVP award represented a remarkable turnaround for the young star, and culminated in a call-up to the Adelaide Thunderbirds late in the Super Netball season, as well as a training partner position with the Collingwood Magpies for 2020. 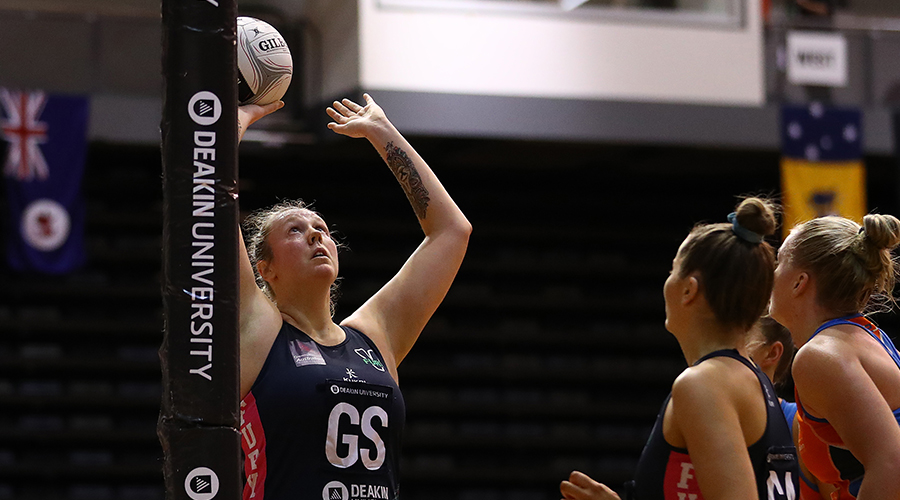 But it was only 12 months ago that Ryde was unsure of her future in the sport, after fracturing her knee before the Suncorp Super Netball season and sitting out the Melbourne Vixens’ entire 2018 campaign.

While she planned to return through the state-based Victorian Netball League in 2019, she was uncertain if she wanted to attempt a return to the national competition.

But the opportunity to reunite with former Vixens assistant coach Di Honey was the lure she needed, and paved the way for the team’s ultimate success.

“I was very much contemplating coming back to netball. I was definitely going to play VNL (Victorian Netball League) but ANL was another question,” Ryde said in the wake of her award.

“When I found out Di was the coach I think that might have pushed me over. Having Di with the Vixens, I love Di, she’s such an energetic, awesome person and an awesome coach. Knowing her and Eloise (Southby) were going to team up together to be the coaches of the ANL team, I think that pushed me over to keep going.”

After her performances in back-to-back finals games on the DUANL’s deciding weekend, there was little doubt who the competition’s MVP should be.

Ryde netted 50 goals in the Saturday semi-final against the Canberra Giants, who knocked out the Fury in the same game 12 months earlier. And she followed it up with another 46 in the gold medal clash the following day.

Her performances earned her more than just silverware, with the Thunderbirds quickly calling her into their line-up, where she impressed in multiple games before a knee injury ended her season.

Her performances also saw the Magpies swoop to offer her a new home in 2020, with Ryde taking up a training partner position as she looks to consolidate her impressive year.