In 2018, Netball Australia will introduce a new tier to its junior entry netball program, Suncorp NetSetGO, when the new GO tier will be implemented.

After four years under the current structure, the introduction of the new tier will see the 9-10 year old participants begin modified games to help the transition into junior competitions.

In the GO tier, participants are introduced to more netball-specific skills, as well as refining their fundamental movement skills.

Head of Community Strategy and Netball Development, Anne-Marie Phippard believes the addition to the program will allow the easiest transition into junior netball competitions.

“NetSetGO’s modified match rules are adapted at this level to provide a smooth transition into junior netball whilst ensuring the participants are achieving success.”

“Modified equipment (size 4 ball and 2.4m goal post) is still an important adaptation for this tier as it allows for correct technique to be executed with greater proficiency,” said Phippard.

The implementation of the new tier has been backed by research and is instrumental in Netball Australia’s commitment to providing the best possible junior program.

“Consumer research and market benchmarking suggests that having multiple tiers increases the longevity of a junior program for individual participants, as it creates greater variety in content and a stronger incentive to progress,” said Phippard. 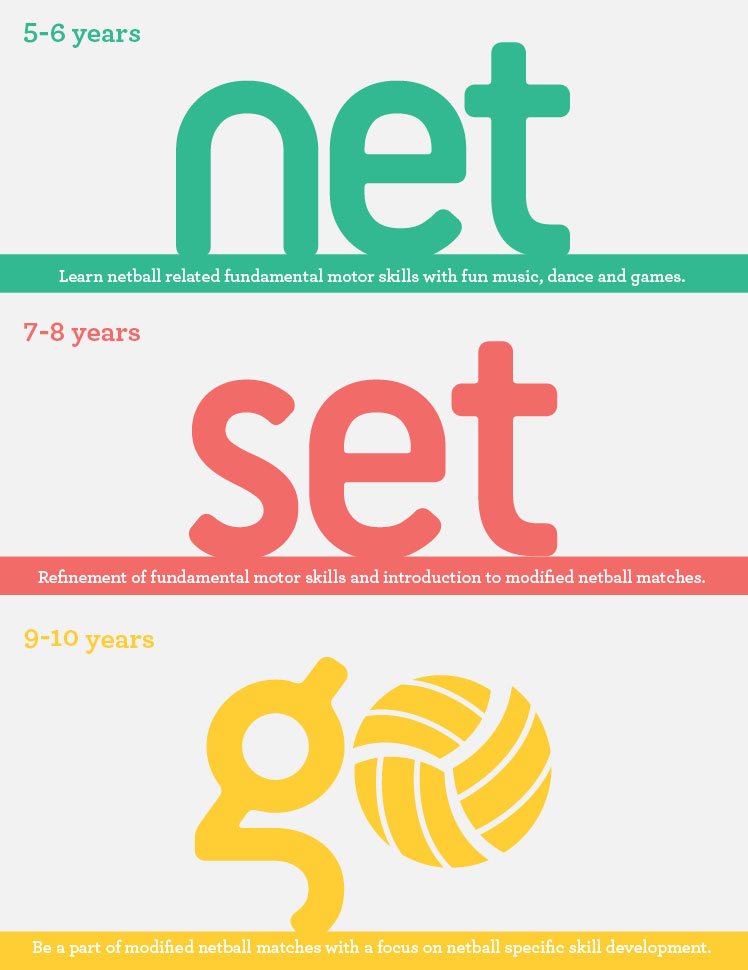 The Net tier remains unchanged and continues to introduce participants to a number of fundamental motor and netball skills in a netball environment. Participants experience fun and success by participating in age and developmentally appropriate activities and minor games that foster teamwork.

Modified matches will continue to form part of the Set tier program however the rules and equipment have been further adapted to help the participant build confidence and competency. Learning and refining fundamental movement and netball skills via training activities should continue to be the focus in this tier.

For more information on Suncorp NetSetGO and to find a centre near you, head to https://play.netball.com.au/kids/suncorp-netsetgo