DOZENS of excited primary school students got the chance to have an up-close look at a Commonwealth Games gold medal and learn from some of Australia’s best netballers at an ANZ NetSetGO clinic today.

Robinson, Bulley and Fellowes are all ambassadors for the Coles Netball Schools program which aims to ensure that Netball has a strong presence in schools across Australia and, along with Alexander, jumped in and participated in a series of drills and games with the pupils which varied from prep through to Grade six. 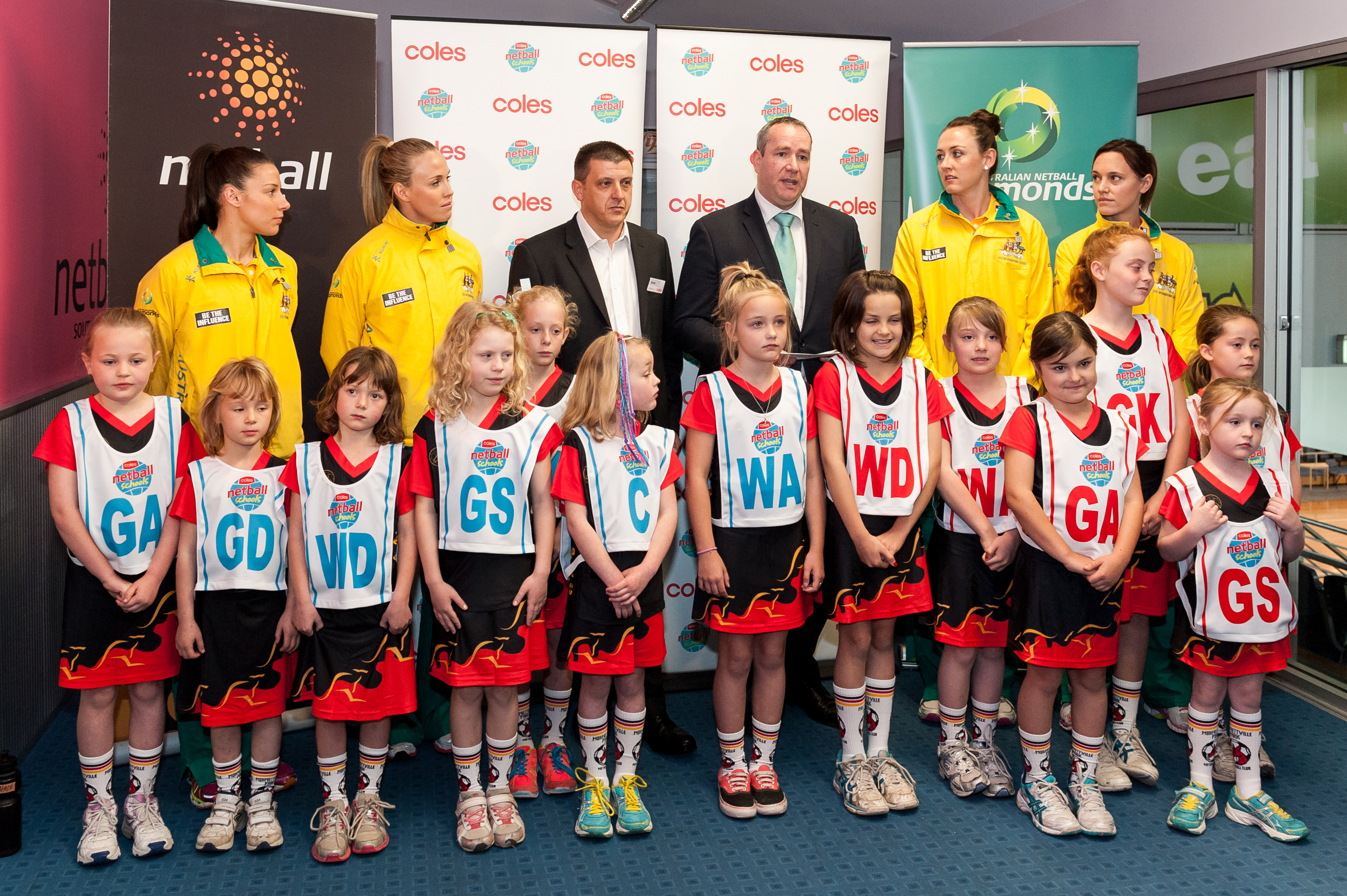 Robinson also brought along her gold medal while the Netball World Cup also made an appearance at the school and sparked a lot of fascination among the wide-eyed pupils.

Netball Australia has been running the program at the school for the past two months and enjoyed the interaction with the teachers and pupils.

Participation Manager Chris Dobson it’s been great to watch the enthusiasm and energy of the pupils that have taken part in the program.