After a record-breaking first season with the West Coast Fever, goal shooter Jhaniele Fowler has been named the Suncorp Super Netball Player of the Year at the 2018 Australian Netball Awards in Melbourne on Saturday night.

The Jamaican national team captain joined the Fever after four strong seasons in the ANZ Premiership and immediately made an impact with her new team.

She set a record for goals scored in a Suncorp Super Netball season with 783 and played a huge role in transforming the Fever from a two-win team in 2017 to grand final runners-up in 2018.

It was the standard of competition and opportunity to play against the world’s best, according to West Coast Fever head coach Stacey Marinkovich, which drew Fowler to the Suncorp Super Netball league.

“The standard of defenders in this competition really is the best in the world. The challenge of playing against the likes of Geva Mentor, Laura Geitz and Jo Weston every week was a big factor for Jhaniele. Her game is still evolving.”

Courtney Bruce, Fowler’s teammate and captain at the Fever, had nothing but good things to say about the effect the big goal shooter has had on the team and on Bruce’s development as a player and leader.

“She believes in herself 110% and her ability to hold position and pluck a ball is the best in the competition. I’ve learned so much about my own game from training against her every day and her experience as a player and as a national team captain has been so valuable for me as a leader.”

The addition of Fowler played a major role in the dramatic turnaround the West Coast Fever were able to achieve between 2017 and 2018. With only two wins and the second fewest goals scored for the season, the 2017 Fever team needed a pillar of strength in the attack end.

With Fowler taking over as goal shooter, the Fever went on to score a league leading 912 goals – almost 250-more than their previous season total – and win 10 games on their way to making the Grand Final in August. But the effect she made on her team was felt far beyond the scoreboard and win-loss column.

“Jhaniele brings a competitive edge and passion to win that really rubs off on those around her, but she also has an amazing ability to make things fun,” Marinkovich said when asked about how things changed with the arrival of Fowler.

“She quickly became one of the leaders on the court and shaped the way we played going into attack. The girls knew that if they got Jhaniele the ball she would do everything she possibly could to score them a goal.” 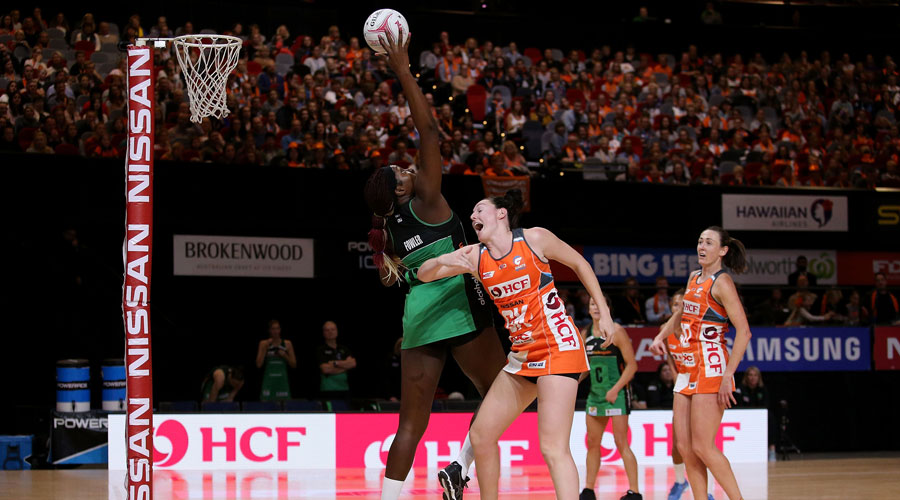 Bruce echoed this sentiment and added that the positive effects of Fowler’s presence goes beyond the netball court.

“When we added Jhaniele, she brought so much more to the team than her height and strength and shooting. She brings this confidence and real Jamaican “chilled” vibe that rubs off on the rest of the team.”

Fowler has signed on with the West Coast Fever until the end of the 2019 season so fans can look forward to at least one more year watching Jhaniele in the Fever green.

Netball World Cup 2027: Everything you need to know